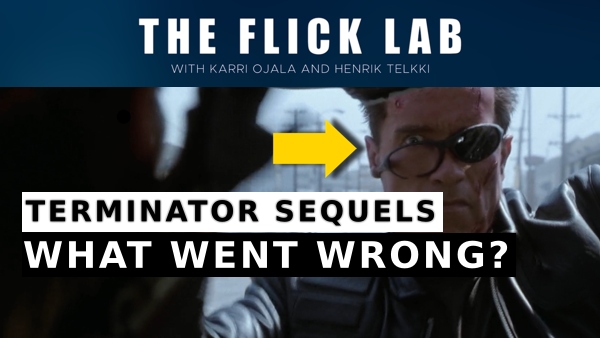 What went wrong with the Terminator sequels after the two original James Cameron movies? Karri and Henrik touch on the constant changes of studios, the revolving doors of actors, repeating story lines, poor dialogue, the difficulties of playing a terminator, the excess nature of modern action film-making, and other topics.

Apologies for some audio issues on this episode.